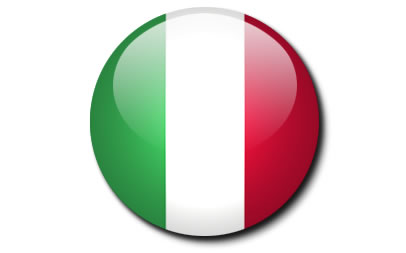 There are two ways of looking at reigning champions Italy at the World Cup in South Africa in June.

The first is that which coach Marcello Lippi will be focussing on, the fact that they are the holders, they have bags of experience from Lippi himself right through the team and they have a history and a culture of winning.

The other, though, is that this is a team in crisis with no star players, a squad made up mostly of players unknown outside Italy and a team that is usually less than convincing on the pitch.

But first the pluses which starts of course with Lippi, the coach who led Italy to the title four years ago before stepping down, only to retake the reins two years later following Roberto Donadoni's sacking.

Lippi is one of the premier coaches in Italy who in two separate spells with Juventus led them to five Serie A titles, an Italian Cup, the Champions League and three other finals in Europe's top competition.

He then went on to guide the national team to their first World Cup win in 24 years.

Not only does he have the experience of managing top players and orchestrating victories at the highest stage but he is someone for whom reputations mean nothing, which he proved by ignoring calls in the media to call-up the likes of Francesco Totti, Alessandro Del Piero, Antonio Cassano and even Mario Balotelli.

The only things that count for Lippi are hard work and team ethic.

"I don't think that in Germany I took the best players from a technical point of view," Lippi said recently.

"However, I had players who were great for the group's cohesion, winners who really had the desire to give everything for their team-mates and who together formed a group where no-one felt superior to anyone else."

Of that group from 2006, few remain but amongst them are players certain to be starting in South Africa such as Gianluigi Buffon, Fabio Cannavaro, Andrea Pirlo and Daniele De Rossi.

What Italy, and in particular those players, have shown in the past is that they know how to play as a team and get results.

Their results, in fact, have been very positive despite a disaster at last year's Confederations Cup.

They qualified for this World Cup without any problems and made it the 2008 European Championships where they were only beaten on penalties in the quarter-finals by eventual winners Spain.

However, despite those good results, Italy have very rarely actually played well.

They have laboured and stumbled past the likes of Georgia, Cyprus and Montenegro in qualifying while they failed to beat Ireland at all.

The creaks have been all the more apparent when those stallwarts of the team have been playing for their clubs.

Juventus had eight players in the initial 30-man squad, although two were ditched when it was cut to 28.

But those players left have just been responsible for the worst season in the club's proud history.

What's more, three of those players are expected to be in Italy's back five -- goalkeeper Buffon and centre-backs Cannavaro and Giorgio Chiellini, although left-back Fabio Grosso was surprisingly ditched by Lippi on Tuesday.

The trouble for Italy is that one of Juve's biggest problems this season has been a porous and disorganised defence.

If they can't get it right playing week in, week out for their club, what chance of those players suddenly performing for Italy.

And if those big-name players don't perform, the players waiting in the wings are hardly household names.

It all points to worrying times for Italy but if any team can master a major competition it is them, and it would be no surprise to see them scraping through to the latter rounds with a series of tight victories by 1-0 or even on penalties.