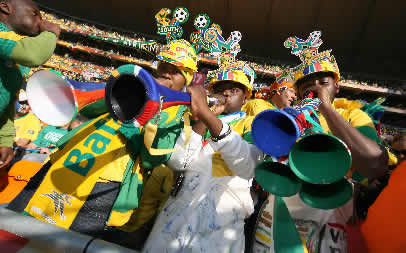 A British journalist is being held over the England World Cup locker room intrusion according to reports.

French news agency AFP says that South African police have arrested the journalist for harbouring a fan and believe the episode was deliberately orchestrated, the national police commissioner is reported to have said.

His case has been adjourned until 30 June after solicitor requested an adjournment while the defence awaited CCTV footage from inside the stadium.