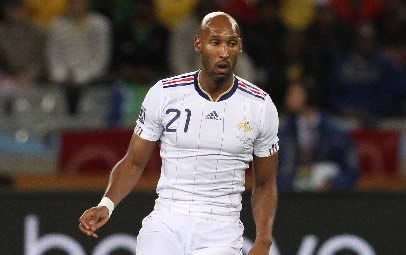 Domenech was forced to read out a statement from his squad which said, "The French Football Federation did not at any time try to protect the group.

"To show our opposition to the decision taken (on Anelka), all the players decided not to take part in training."

There was further trouble in the France squad when Domenech had to separate captain Patrice Evra and fitness coach Robert Duverne just before a public training session.

The players left the pitch and walked towards their team bus where they held a meeting with Domenech.

"I am disgusted, I am quitting my post," FFF managing director Jean-Louis Valentin said immediately after the incident between Evra and Duverne, before driving off in his car.

"It's a scandal for the French, for the federation and the French team.

"They don't want to train. It's unacceptable. As for me, it's over. I'm leaving the federation. I'm sickened and disgusted."