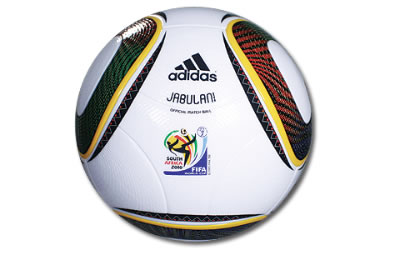 FIFA on Monday rebuffed calls to embrace more technology after clear-cut mistakes by referees helped push England out of the football World Cup and enabled Argentina to reach the quarter-finals.

"No comment on refereeing," said FIFA spokesman Nicolas Maingot to repeated questions from journalists on the calls in Sunday's knockout games.

"If there are some further announcements to be made in this area, they will be made and we will let you know. Next."

But the decisions dominated South African media Monday, as a main talking point on radio stations and banner headlines in newspapers.

"Fury after England is disallowed goal," read a headline in The Citizen.

"There is a cloud hanging over (the England-Germany) match," said the newspaper, one of several to run pictures of tearful English fans, the day after the Three Lions were sent packing by Germany in a 4-1 defeat.

Television replays showed a Frank Lampard shot that would have levelled the match at 2-2 just before half-time had landed a yard over the line after striking the under side of the bar.

Argentina's 3-1 win over Mexico was also marred by another error by the onfield officials, as Manchester City striker Carlos Tevez scored a first-half goal despite being clearly off-side when he headed in a Lionel Messi cross.

The controversies drew cries for refereeing changes from some prominent fans in the host country.

"I don't understand why they don't use technology in the richest sport in the world," wrote South African rugby player Victor Matfield on his Twitter web page.

Eric Tinkler, a former captain of national football side Bafana Bafana, argued against the introduction of technology, telling The Citizen that "football is a free-flowing game and I don't think it makes sense".

But he said world football governing body FIFA should use two additional referees to prevent mistakes, a system that has been tested in Europa League games.

As the English headed home, police said five employees at their hotel had been convicted of stealing money, jerseys and a FIFA gold medal from the team.

Police found the missing items in the homes of the employees, and said everything had been returned to the players, whom they declined to name.

South African fans have been busily lining up behind new favourites as the round-of-16 matches further narrow the field. The hosts failed to clear the first round.

Ghana, the tournament's last African side, have become just the third team from the continent to reach the quarter-finals. They play Uruguay on Friday and have inspired a sense of pan-African pride behind the Black Stars.

The Netherlands, another local favourite thanks to South Africa's Dutch colonial history, bested surprise survivors Slovakia 2-1 in Durban on Monday.

Monday's late match will see a South American side sent home from a tournament where the continent has excelled, as Chile seek to change their luck against five-time champions Brazil, whom they have beaten just seven times in 65 previous clashes.

Organisers have predictably heaped praise on the tournament as the games have progressed without major incident, despite years of worries about South Africa's violent crime and poor public transport.