Nani ruled out of the World Cup 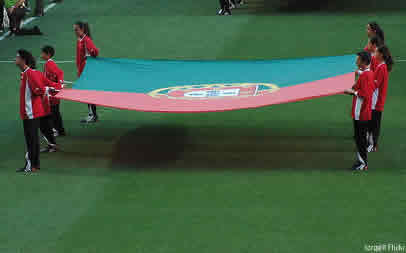 Portugal winger Nani was ruled out of the World Cup on Tuesday because of a bruised left collarbone.

The Portuguese football federation said on its website the Manchester United player is unfit to play despite receiving treatment for several days.

The 23-year-old Nani will be replaced by uncapped Benfica winger Ruben Amorim if the federation's request to FIFA is successful.

"Unfortunately, he didn't make it. They've been three difficult days," Queiroz said.
"In my 30 years as a coach, I've never seen a player so determined to get better."

The announcement came a little more than an hour before Portugal beat Mozambique 3-0 in a warmup game before its June 15 World Cup opener against Ivory Coast.

Nani last played on June 1, playing the second half and scoring in Portugal's 3-1 win over Cameroon in a friendly at home.

Queiroz will be especially disappointed after Nani had a breakthrough season at Man United, which narrowly lost the Premier League title to Chelsea.

Queiroz had included Amorim on the squad's standby list. Though Amorim has never played for his country, he had a standout season at Benfica and can also play on the right side of defense.