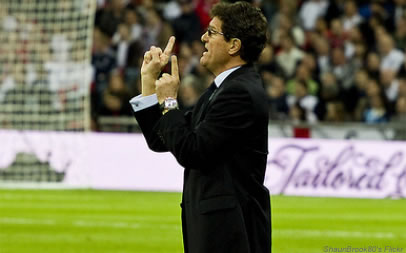 Striker Wayne Rooney, who had been nursing an ankle injury, and defender Ledley King, whose World Cup appeared to be over, were in action at the Royal Bafokeng Sports Campus in Rustenburg.

Capello gathered his players in the middle of the training ground for a short talk before the squad began the session, which was open to the media for the first 15 minutes, with some light running and a game of handball.

It is the second day that all the squad has been able to train.

"It is a good feeling because if they trained they are fit to play," Capello had said Friday.

British media have speculated that Tottenham Hotspur's King is in contention for a surprise return to the side. King has not featured since coming off with a groin injury in England's World Cup opener against the United States on June 12.

King was Capello's first choice alongside John Terry in central defence after Rio Ferdinand was ruled out with injury a week before the World Cup began.